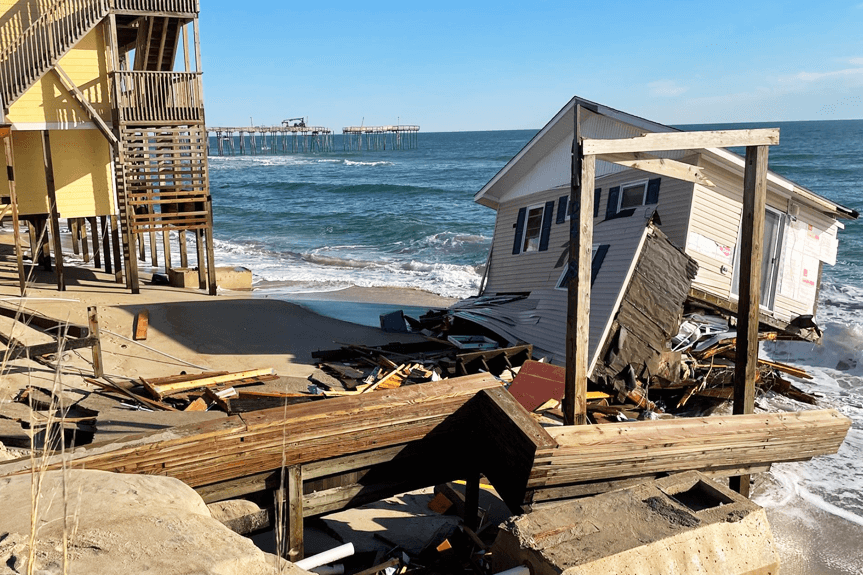 What would you do if you saw a collapsed house… on a beach? Beachgoers probably thought the same thing on the Outer Banks earlier this week when a two-story home fell in Rodanthe, which is located on Hatteras Island. Cape Hatteras National Seashore sent out a news release and posted photos to social media asking visitors to use caution due to debris. Most of the debris was near the structure, but some debris was spotted as far as seven miles away.